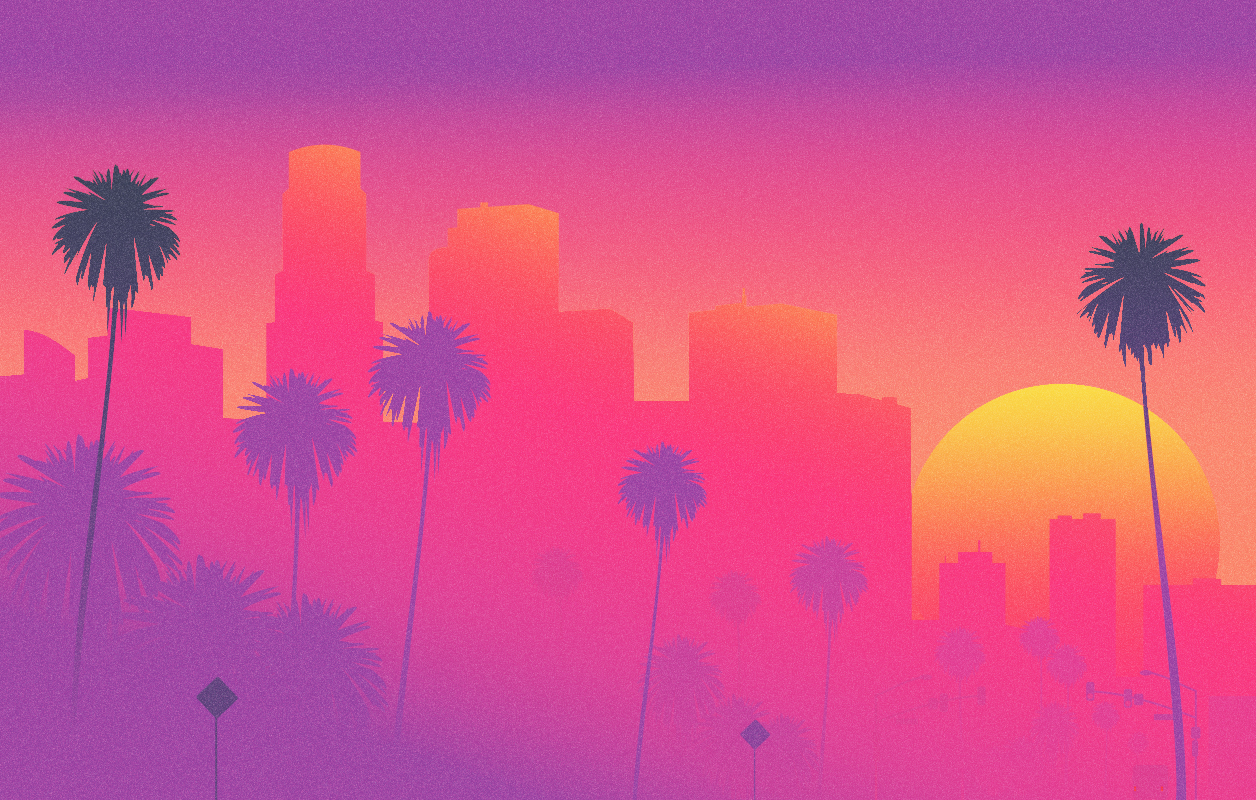 There are many songs about the summer – the sweltering heat emanating out of radios where it almost felt as if the antennas would melt – and a reason for songs about the season, with its mix of post-spring rebirth and pre-silent winters. Songs deemed “summer hits,” especially making a movement virally, physically, and mentally, becoming an overplayed yet enjoyable track from May through September that DJs spin and sample.

From one “California Girls” to another, to “Summer in the City” by The Lovin’ Spoonful, or “Summertime” by DJ Jazzy Jeff and Will Smith, what makes these tracks “summer jams,” besides their release dates?

Origins of the Summer Jam

In 1910, the New York Tribune predicted the term “summer song” in their June issue: ‘The roof gardens are opening and the summer shows begin. In the words of the almanac, ‘About this time look out for the summer song.’

By 1923, one of the first summer hits was “Yes, We Have No Bananas!” written by Frank Silver and Irving Cohn, and later recorded by Billy Jones, Louis Prima, Benny Goodman, and Spike Jones. It landed at the number one spot for five weeks as the best-selling piece of sheet music. The track’s childish limerick rhythm is catchy, its lyrics comical, and the chorus spins in your mind like a carousel. That is the essence of what summer songs would become, turning into a commercial ploy in the next century and taunting you with their repetitive and upbeat nature.

By the ‘50s, the “hit song” was a household phenomenon, but these songs were 45s limited to singing about the highs and lows of love (“It Had to Be You” by Frank Sinatra, or Elvis Presley’s “Don’t Be Cruel”), a back-and-forth dispute between a teen and their parent (1957’s “Yakety Yak” by The Coasters) fitting between blues, swing, pop, and country, and with a limitless amount of crooning. In 1958, Billboard’s Hot 100 was established and remained a crucial director of where popular music, especially summer hits, would go for 70 years.

Entering the 1960s, hit songs stuck to the honky-tonk or bubblegum feel, with summer tracks like “Everybody’s Somebody’s Fool” by Connie Francis, Brian Hyland’s hit “Itsy Bitsy Teenie Weenie Yellow Polkadot Bikini,” and “Sherry” by Frankie Valli and the Four Seasons. Soon these hits would have a proclivity to cars, more bikini-clad girls (“Surfer Girl” and “Little Deuce Coupe” by The Beach Boys) that were also made specifically for the season (“Under the Boardwalk” by The Drifters), signature dance move tracks, from Chubby Checker’s “The Twist” to Little Eva’s “The Loco-Motion”, and not-so-subtle tracks referring to the anxieties of fame (“Help!” by the Beatles).

Sounds of the Summer Begin to Change

Towards the mid-1960s, protest, anti-racism, and anti-war themes appeared on summer tracks. Songs like “I Ain’t Marching No More” by Phil Ochs, “I Can’t Get No Satisfaction” by the Rolling Stones, James Brown’s “Say it Loud (I’m Black and I’m Proud)” and The Rascals’ “People Got To Be Free” were released just before or after the assassination of MLK and JFK. These events as well as the Harlem Cultural Festival and Woodstock Festival that August would change the course of music culturally. While tensions were high, listeners were looking to express themselves through music.

These hits started leaning into funk, soul, and disco with Sly and the Family Stone’s July 1969 hit “Hot Fun in the Summertime,” released just before their Woodstock performance. It opened up a whole new wave during the summers of the 1970s that were less jingly and more jangly, ballad-heavy, multi-percussional, upbeat, electric bass-heavy, and sonically complex.

Charles Wright’s “Express Yourself,” “What’s Going On” by Marvin Gaye, “Ain’t No Sunshine” by Bill Withers, “Everybody Plays the Fool” by The Main Ingredient, and The Dramatics’ “Whatcha See is Whatcha Get,” plus the emergence of the rock band Parliament-Funkadelic, not only show off the shape of things for soul and psychedelic music but are also the foundations of hip hop. But the summer jam also included the introduction of new wave and punk to the mainstream, hits like “My Sharona” by the Knack rocking the charts in the summer of 1979, and “God Save the Queen” by The Sex Pistols reaching number on the U.K. charts in 1977.

The underground and soon emerging discotheque scene opened opportunities for people in the community to DJ in clubs, specifically in NYC at venues Studio 54, The Loft, The Tenth Floor, and Paradise Garage, providing a way besides the radio artists could make hits. Mainstream summer disco tracks included KC and the Sunshine Band’s “That’s the Way (I Like It)” a commercial hit, “Bad Girls” by Donna Summer, “Upside Down” by Diana Ross, and “Good Times” by Chic. While summer-themed tracks like High Frequency’s “Summertime” weren’t a radio hit, it emulates the feeling, the energy, and the influence the ‘70s had on music. In 1976, the 12-inch single was introduced, and thus was the introduction to extended versions and remixes.

Disco continued to trend into the late ‘70s, but would soon “die out” in July of 1979 at Chicago’s Comiskey Park, where radio broadcaster Steve Dahl detonated disco records during a White Sox game, deeming it “Disco Demolition Night.” Meanwhile, house music was being invented in Chicago warehouses that would soon define electronic music in the 1980s.

Bubblegum pop hits resurged in the ‘80s, now including drum machines and synthesizers, and introducing synth-pop to radio waves. Duran Duran’s “Hungry Like the Wolf” to Eurythmics’ “Sweet Dreams” hit the Hot 100 by the early ‘80s. “We Got the Beat” by the Go-Go’s and “Love Shack” by the B-52s were reigning and memorable new wave hits, and “The Message” by Grandmaster Flash & the Furious Five became NME’s number one “Track of the Year” in 1982, a summer hit that popularized rap music. In 1986 rap and rock convened on DMC’s cover and collaboration with Aerosmith’s “Walk This Way,” and 1989’s dance-pop hit “Cold Hearted” by Paula Abdul would additionally help establish the sound of forthcoming pop groups.

Into the ‘90s, pop was genre diverse, but hip hop and pop would mainly reach the charts. Main summer jams from the ‘90s include 1991’s “Summertime” by DJ Jazzy Jeff & the Fresh Prince and considerably the first hip hop summer hit of the ‘90s for its mass popularity, winning a Grammy Award in 1992 for “Best Rap Performance by a Duo or Group.” Following “Summertime” in 1993 was Ice Cube’s “It Was a Good Day,” and 1995’s “Summer in the LBC” by G-funk group The Dove Shack — some of the few tracks that put both East and West coast hip hop onto the Billboard charts.

TLC’s “Waterfalls,” New Kids on the Block’s “Step by Step,” and Destiny’s Child’s, “Bills, Bills, Bills” showed hip hop and pop appeal, while “Murder She Wrote” by Chaka Demus & Pliers represented dancehall, and nu–metal was introduced through mainstream bands like Limp Bizkit. Pop hits kept a stronghold on the charts with songs like “MMMBop” by the boy band Hanson and “(You Drive Me) Crazy” by Britney Spears in 1999. This trend would continue into the 2000s when MTV and its live show TRL had a major hold on the summer hit.

With the rapid progression of technology and social media, trends also ran rampant–including summer hits that are now classified by streams, TikTok trends, or a quick-witted chorus that results in the aforementioned. 2018’s “Feels Like Summer” by Donald Glover, Cardi B’s “Bodak Yellow,” and “Hot Girl Summer” by Megan Thee Stallion became hit sensations in the 2010s.

Fast forward to today and the summer jam of 2022 could tie between Jack Harlow’s viral hit “First Class,” or Bad Bunny’s “Moscow Mule.” Regardless of one’s choice, one thing is for sure – the summer hit still exists, being built by streaming and social media trends, as do the DJs performing and remixing those tracks.

You can hear them walking down city blocks, blasting every summertime hit ranging these decades. While a New York Magazine article from 1995 lays out the rules of what is considered a summer song (1. It has to be released in the summer, 2. It has to be brief, and 3. memorable) it also explains that summer anthems are a feeling and chronologically through the decades, it defined what was happening culturally and emotionally.

Gabby Castellano is a Brooklyn-based freelance writer and creator. Her work mainly focuses on covering music and music history across various genres.