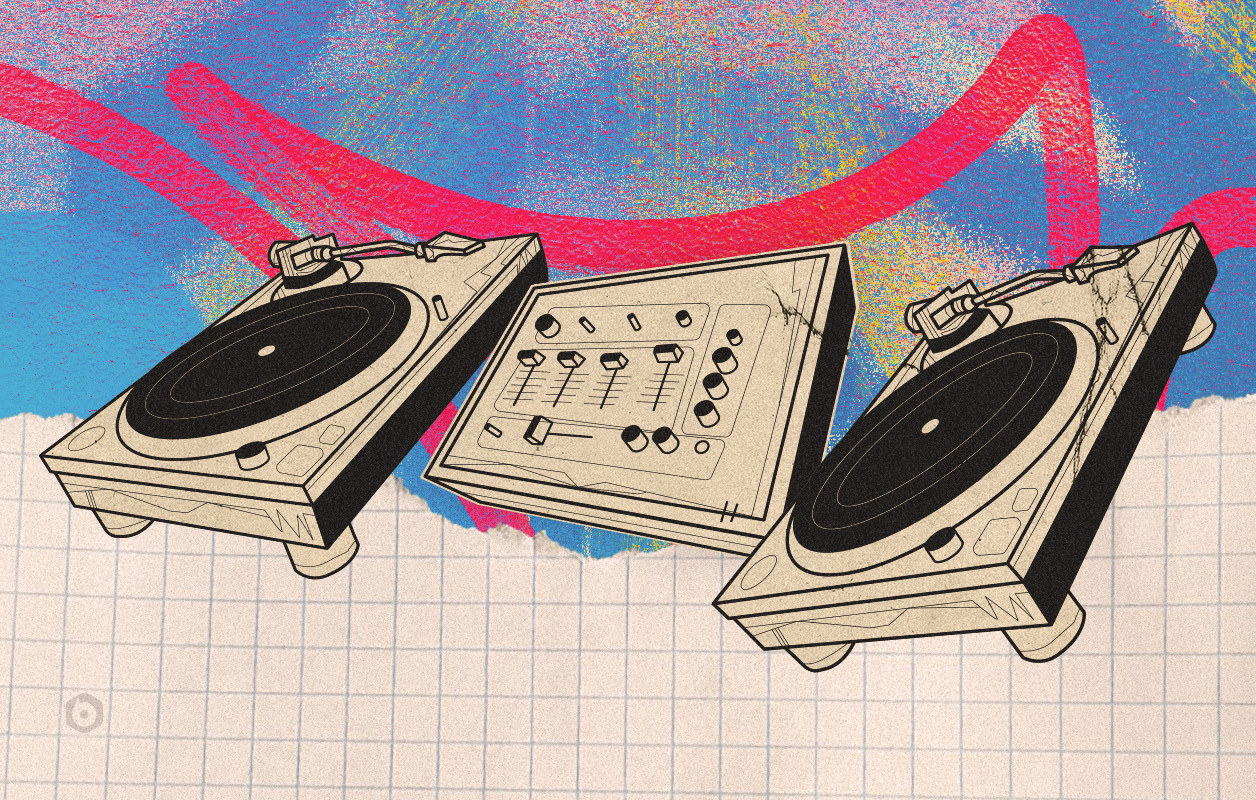 In the underground basements of the Bronx, a rhythm was rumbling between two Technic turntables—caused by the experimentation of young, music-loving party-throwers and goers by dancehall and Jamaican toasting. Those innovations helped create a movement of its own through turntablism and generated the beginnings of various genres, from hip hop to electronica and in between. Their influence has deemed them as purveyors paving the way for DJs today. Here are the influential old-school DJs who were doing just that.

Grandmaster Flash, born Joseph Saddler, was influenced by the booming sound of DJ Kool Herc’s sets, which would set off crowds dancing ablaze, as well as the soul records he grew up on. Flash was essentially a turntable scientist, growing up studying transistors he would pick up off the streets, and eventually experimenting with turntables. He navigated his own sound system and method of looping breaks using two of the same record, while continually finding the break as the other plays, inventing what he would name the “Quick Mix Theory.”

Flash is also credited as the creator of the slipmat, invented the spinning method, and is the purveyor of the scratching method, which was then used by his protégé Grand Wizard Theodore. After a failed DJ set showing off his inventions, Flash would soon create his own group, The Furious Five, recruiting Keef Cowboy as hype man. The group would release their debut record The Message in 1982 off of Sugarhill Records. The Message would become a seminal hip hop album, displaying a form of “conscious hip-hop” that covered inner-city social issues with danceable beats mixed by Grandmaster Flash, and displayed the first commercial use of turntablism. Flash would be known for his collaborations with New Wave artists such as Blondie and Tom Tom Club and in 2005, was inducted into the Rock & Roll Hall of Fame.

The summer of ‘73 is what some consider the beginning of hip hop, down in the rec-room of the 1520 Sedgwick Avenue apartment complex in the Bronx, where Cindy Campbell was throwing a fundraiser party for a new set of school clothing. It was a New York era filled with disposition, yet innovation thrived on tagged subway carts and dance floors. Clive Campbell picked up inspiration back in his hometown of Kingston, Jamaica, catching eye and ear of the dancehall events occurring down the road that he couldn’t yet attend. Watching the party crew load in the giant speakers that make the dancehall culture, he found a spark. But it didn’t take till his days in New York to become DJ Kool Herc, when one day he began messing with the sound system used by his father Keith, who was a sponsor for an R&B group who owned a Shure P.A. system.

Kool Herc, the “Kool” named from a Kool Cigarettes commercial and the “Herc” for his athletic notoriety in school, started messing around with his father’s system behind his back, using two turntables running through the same preamp to mix instrumental breaks from the same songs, deeming it “Merry-Go-Round,” which then became the term “break beating.” Then came the rec-room parties, that were called the “Back-to-School Jam,” and the rest is hip hop history. Kool Herc’s method of announcements, influenced by listening to DJs such as Wolfman Jack and Cousin Brucie, and break beating songs with unique instrumentals using funk and soul records, helped influence what would develop into rap. Kool Herc’s methods would inspire the DJs to come, including Grandmaster Flash and Afrika Bambaata.

In 1978, you could find DJ Larry Levan in his own paradise that was the Manhattan club Paradise Garage filling up the dance floor with disco and dub experimentation that created careers for pop artists and for himself – when disco was at its prime, electronica didn’t come to prominence just yet, and new wave was emerging just down the block. Levon grew up inspired by Harlem’s drag ball scene and originally wanted to work in fashion, but took interest in DJing while working for mentor and former partner Nicky Siano, owner of club The Gallery and a DJ at Studio 54.

Levan’s practice soon turned into a decade-long residency that was deemed “Saturday Mass” as the club was inspired to be built directly by Levan and brought together the NYC club community into a safe environment full of expression, love, and Levan’s efforts. From shining disco balls in the middle of a set, to playing unconventional dance floor songs such as “Why D’Ya Do It?” by Marianne Faithfull, Pat Benetar’s “Love Is A Battlefield,” or The Clash’s “The Magnificent Dance.” Levan had his own rules and messed around with EQ knobs and replacing cartridges on record players to enhance the sound, concentrating on both utilizing the effects on the music while affecting the crowds, and creating unconventional mixes implementing dub effects. Levan made Paradise Garage what it was, a haven that was practically a religious experience in a downtown parking garage-turned-venue and made an impression so large he is considered a legend to both DJs and the history of club music.

The guiding force for the Houston hip hop scene in the 1990s was DJ Screw and his chop-and-screw method, which slowed down the tempo of a song and manipulated its sound with scratches and stop-beats, and his use of mixing rap vocals with other hip hop beats. DJ Screw’s sound would make the 10 dollar mixtapes he had been selling a hit around the southern city, and an influence on the hip hop sound that emulated the feeling of drinking Lean that was used by members in the scene, in its heavy, 70 bpm beats. Though DJ Screw passed away in 2000, his legacy carried on in that era of hip hop, with Houston rappers such as Paul Wall and Mike Jones keeping his legacy afloat in the mainstream.

DJ Red Alert’s show on Kiss FM was a guiding light into the exposure of hip hop to the mainstream. But before the DJ’s success as a modern radio pioneer, Red Alert was going home after the club and teaching himself and cousin Jazzy Jay to DJ, followed by joining Afrika Bambaataa’s organization Universal Zulu Nation, and becoming one of the first DJs to introduce mixtapes. Red Alert would soon be DJing downtown club The Roxy, and brought new wave and punk to the Bronx as the Manhattan music scene was introduced to hip hop mixing methods. Kiss FM program director Barry Mayo became interested in Red Alert after seeing him play and hired him to DJ the late-night show KISS “Master Mix Dance Party” and Red Alert Goes Berserk. Throughout his career, Red Alert has utilized his air-time to introduce new hip hop artists such as A Tribe Called Quest and De La Soul to the radio airwaves, creating a breakthrough to the mainstream for the evolving genre.

Gabby Castellano is a Brooklyn-based freelance writer and creator. Her work mainly focuses on covering music and music history across various genres.