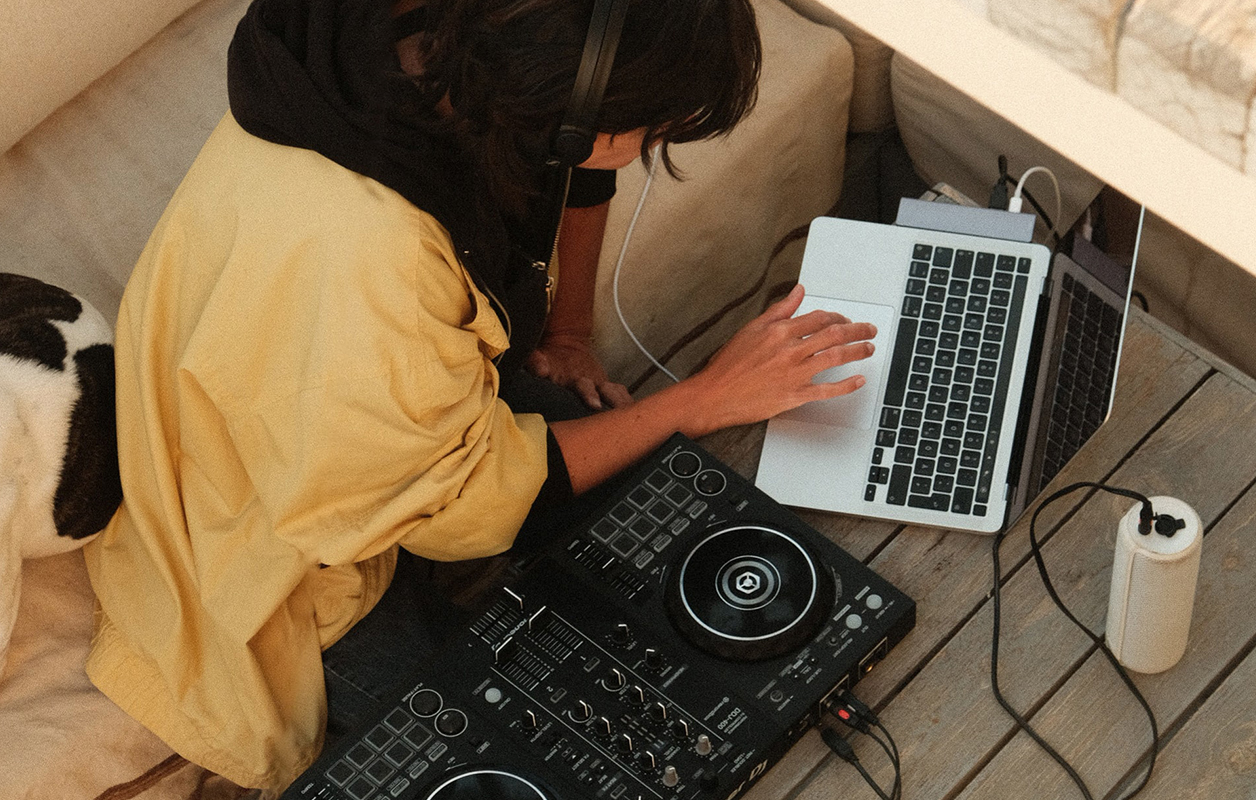 When you are a new DJ, there is so much to learn. It may be hard to know where to begin or what to do. However, understanding a few basic principles and tips of DJing can take you a long way on your journey. To be a good DJ, you not only have to have a passion for music, but also a good sense of timing and song structure. Here are a few considerations for new DJs learning how to mix.

1. Understand what basic mixing is.

Basic mixing involves playing one song out loud to the audience and introducing a new song without interrupting the flow of the current song. You will typically listen to the blend of the two songs together in your headphones before raising the volume of the second song and ending the first song.

2. Know how to count beats in music and when to drop the beat.

Most of the music you will play as a DJ will be in 4/4 time. That is, there are four beats per bar. You can hear this pattern by counting along with a song “1 2 3 4” and emphasizing the 1 each time a new bar begins. Often, though not always, there will be a kick drum on each beat. Songs are then chunked into larger sections, such as a verse and chorus. Typically, the number of bars in a verse, chorus. or bridge will be in increments of 4.

For example, a verse of a song may have 16 bars and a chorus may have 8 bars. When you are mixing two songs together, often you will drop in the new song on the 1st beat of a new bar. One way of doing this successfully is to count “1 2 3 4” in a bar and then switch to the new song when you get to the number “5.”

3. Listen for snares or claps to help you mix songs.

When blending two songs, it’s important that they are in sync with each other so there is a smooth transition to the second song. While there are a lot of elements of each song, one of the most consistent between all of them is when the snares/claps hit. This is usually on the second and fourth beat of a measure. In your headphones, listen to the snare sounds of both songs and make sure they line up as if it’s just one snare striking every second and fourth beat.

4. Know where your verses, choruses, and instrumental sections are in the song and how many bars each section contains.

There are many parts of songs that you can layer to create a seamless blend. For example, you can layer an intro instrumental under a bridge, or the verse of a new song over an instrumental outro. BPM Supreme offers downloads of “intro” versions of many popular songs. An intro version usually means you get an extra 8 bars of instrumentals before and after the vocals of the song begin. These are great places to transition from the current song to the new one. For EDM, there are often “extended” versions of songs that make for easier blending. This is the equivalent of an intro version in pop. BPM Supreme also offers the option to download extended versions of many popular EDM songs.

5. Try to avoid doubling the bass lines of songs.

6. When “jump-cutting” from one song to the next, consider using an echo out or a scratch to make the transition smoother.

Often, songs will have BPMs that vary so much, it’s nearly impossible to blend one song with the next. Therefore, you may have to jump cut to the second song.

An “echo out” is when a song ends but the last beat or so of the bar continues to “echo” and decrease in volume. Such an effect makes the jump cut sound less sudden. “Scratching” is when you run the record back and forth on your needle when you are playing vinyl records (or simulating that process on controllers or CDJs). This technique generates the characteristic “scratch” noise you hear from DJs. If you choose to use another transition style besides jump cutting, BPM Supreme has Club Tools and transition edits that change the tempo of a song from a low BPM to a high BPM (or vice versa) without interrupting the flow of the music.

7. Mix in the same key or keys that are close together.

A musical key is a set of notes a particular song uses. Mix in key so the songs sound blended and not disharmonious or clashing. Most DJ software will automatically identify the key, but you can also run your songs through a program called Mixed In Key to help you. Mixing a song in a major key with another in a relative minor key works well. Major keys and their relative minors share the same notes. Also, you can comfortably mix song keys up to two fifths apart. Keys that are a fifth apart (for example C Major and G Major) will only vary by one note in the scale. Keys are color-coded in software such as Serato and Mixed in Key to help you see which keys are “near” each other.

Hopefully, these tips help you as you navigate the technical world of DJing! Have fun, and stay open to learning and growing as you get more comfortable.

Anna Awe is a DJ, producer, and singer/songwriter based in Los Angeles, CA. She is passionate about helping DJs and artists use entrepreneurship and digital media to pave their own paths in the music industry.